What You Need for a Strong Security Posture 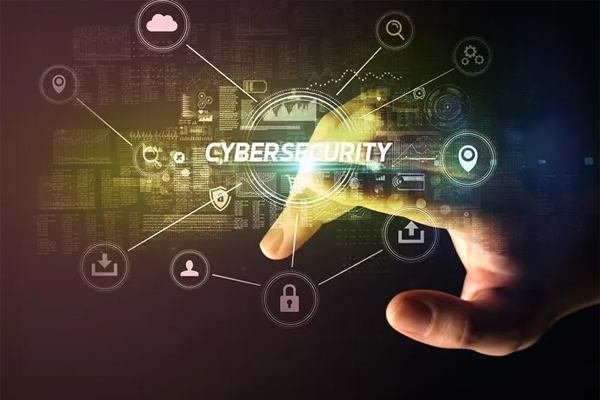 From the basics to advanced techniques, here's what you should know.

Cybersecurity has been compared to a never-ending game of whack-a-mole, with an ever-changing cast of threats and threat actors. While the attacks that make headlines may change from year to year, the basic fact remains: Any network, no matter how obscure the organization it supports, most likely will come under attack at some point. Thus, attaining and maintaining a strong security posture is of critical importance for organizations of any size.

An organization's security posture, however, is constantly changing. Employees join or leave the company; endpoints are added and discarded; and network and security technologies are deployed, decommissioned, configured, and updated. Each change in network elements can represent a potential attack vector for malware and other threats.

That's why security teams should review their security processes periodically and keep aligned with new developments in defensive and offensive testing and modeling. Doing so can help move the needle on security maturity from the most basic to an advanced, much stronger security posture, and from a reactive to a proactive model.

The first step most IT organizations undertake is vulnerability scanning, which seeks out potential weaknesses in the network and endpoints that could be exploited by attackers. There's a wide variety of scanners available as open source or commercial software, as managed services, and on cloud platforms like AWS and Alibaba. Some of the more popular scanners include Nessus, Burp Suite, Nmap, and Qualys, though each has its own area of focus. Several offer automatic patch remediation, as well.

Another consideration is whether to perform an external scan — which can discover potential vulnerabilities that hackers can exploit — or internal scanning that can find potential paths attackers would take once inside the network. Many, if not most, IT teams will do both.

While vulnerability scanning is relatively easy to use, it's not the end-all, be-all of a security strategy. For example, scanning might not detect subtle misconfigurations or the more complicated attack paths that advanced persistent threats (APTs) might take. They're also often prone to false positives and must be updated consistently.

Overall, though, vulnerability scanning is an important baseline step. Once it's running well, the next step is penetration testing.

Penetration testing typically entails human ethical hackers who attempt to gain access to the network interior, much as an outside hacker would. Here, too, there's a wide variety of tools and services available — many of the aforementioned vulnerability scanners offer tools that can be used in pen testing. Others include Metasploit, Kali Linux, Cobalt.io, and Acunetix.

Not surprisingly, the biggest trends impacting networking and cybersecurity are essentially the same trends noted in penetration testing this year: rampant ransomware attacks, the newly distributed workforce, and the rise of Web applications and cloud usage to support remote workers. Each of these trends will require thoughtful consideration in choosing tools and designing plans for penetration testing.

While penetration testing can provide a great deal of benefit, it's a good idea to periodically review the wealth of information on best practices available online.

The third step in the quest for security maturity is usually the establishment of a red team that will manually attempt to attack and penetrate the organization's security defenses. This may be a completely separate team, or it may be closely allied with the blue team (the defenders) in a combination called a purple team. As another option, some vendors offer red-team services on a subscription or one-off basis.

A red team will imitate the tactics, techniques, and procedures (TTPs) that attackers use — which usually turns up more points of vulnerability than penetration testing can reveal. The blue team can then begin to resolve these weaknesses, further hardening the network against attack.

But too often, red and blue teams devolve into an adversarial relationship that's counterproductive. It's also quite expensive to set up a red team, and given the shortage of cybersecurity professionals, it may not be feasible. Therefore, many CISOs are investigating two newer trends: adversary emulation and adversary simulation.

There are vast, freely available libraries of common tactics, techniques, and procedures used during attacks, such as MITRE's ATT&CK framework. Adversary emulation and simulation leverage these libraries to evaluate security based on intelligence for specific attacks and then simulating the TTPs used.

For example, MITRE developed a sample adversary emulation plan for APT3, an advanced persistent threat that previously targeted mostly US entities. The emulation plan covers three phases from command-and-control setup to initial access; from host compromise through to execution; and data collection through exfiltration. The Center for Threat-Informed Defense has posted other emulation plans.

Adversary emulation lets security teams assess their defenses against real-world attacks. It can also be used to test the security infrastructure's detection and response rates.

Security vendors are moving beyond simply advocating the concept of MITRE's ATT&CK and MITRE Shield. Many vendors are leveraging one or both to improve their own products and services. For example, some security vendors map anomalies and events to the ATT&CK framework, making it easier for security teams to respond.

MITRE's CALDERA also deserves attention. It provides an intelligent, automated adversary emulation system that can be programmed for a specific attack profile and launched into the network to test its defenses. Caldera can also be used to train blue teams on detecting and remediating specific attacks.

Keeping abreast of developments in key security processes is important for security teams as they strive to defend the network against changing threats. By so doing, they can move the organization closer to a far stronger security posture.